Skip to content
Commuter Train Proposal – Victoria to Langford
Work continues in researching a plan for commuter train service between Victoria and Langford. The Board heard a presentation by the consultant hired by Focus Equities to develop a capital and operating plan. The four directly impacted municipalities, Victoria, Esquimalt, View Royal and Langford endorsed the initiative of ‘further exploring’ the viability of commuter train service. The plan is nearing completion and clarification for several operational aspects will be dealt with through a Memorandum of Understanding. The final plan will require the approval of the four municipalities involved and the ICF. 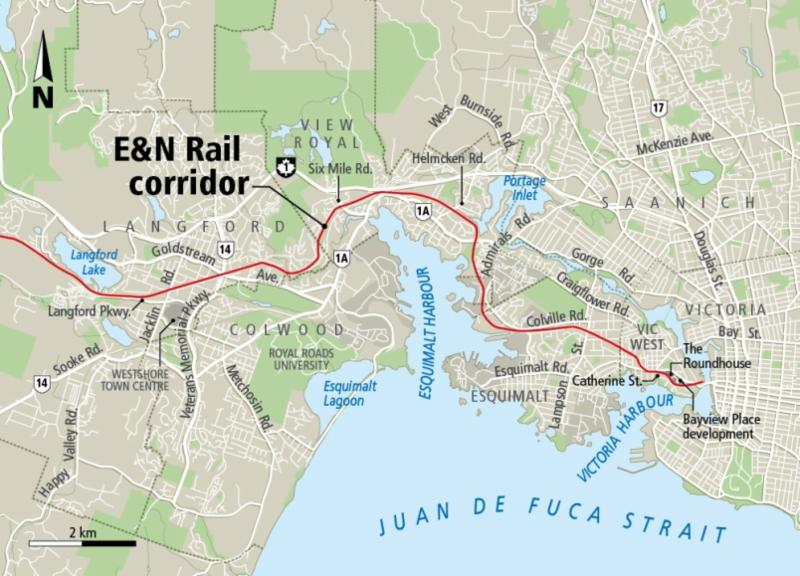 Courtenay Station – Heritage Canada Funding
Although the Heritage Canada Funding application was denied the station rehabilitation project being led by Courtenay Rotary will carry on as planned. Parks Canada said they had received 66 submissions totaling $11.6 million. Strathcona Rotary is also going to assist in the rebuilding of the station.
Peace Pole Art Project – Cowichan
A Peace Pole honouring the value of local culture and language that reflects the importance of the connection to land and traditional foods will be erected on the corridor lands between River Road and the railway tracks on Cowichan Tribes territory. The design of the pole depicts local fiddlehead ferns and the words, “May Peace Prevail on Earth” in both Hul’qumi’num and English.
Cowichan Nations Alliance – ICF Pleadings Addressed
The Cowichan Nations Alliance (Cowichan Tribes, Halalt FN, Penalakut FN and Stz’uminus) concerns about the ICF defense pleadings to the Snaw-Naw-As (SNA) claim will be addressed in cooperation with the Alliance. The pleadings will be amended. The SNA has filed a claim against Canada and the ICF with respect to the mile of corridor that passes through the SNA reserve at Nanoose.
Infrastructure Canada Funding Approval Requirements
Infrastructure Canada is requiring all Building Canada Fund – Major Infrastructure Canada applications to have ministerial sign-off by March 31, 2017. The ICF track infrastructure application falls in this category. Canada has told the ICF the application will not move forward pending resolution of the ongoing litigation with the Snaw-Naw- As First Nation. If the March deadline is not met the ICF may make a new application. Any future application would require updated costs and details on secured funding and must be prioritized by the Province of British Columbia.
New McLean Mill Society Formed
The City of Alberni has created the McLean Mill Society to assist in the promotion and operation of the McLean Mill Steam Train and operation of the mill. The Alberni Pacific Railway (APR) will now be able to focus on operating the train and ensuring track conditions meet British Columbia Safety Authority requirements. The City will develop an immediate and ten yearplan of track work that will be required on the six miles of railroad that the steam train operates. Southern Rail will continue to provide advice and assistance to the City and the APR. 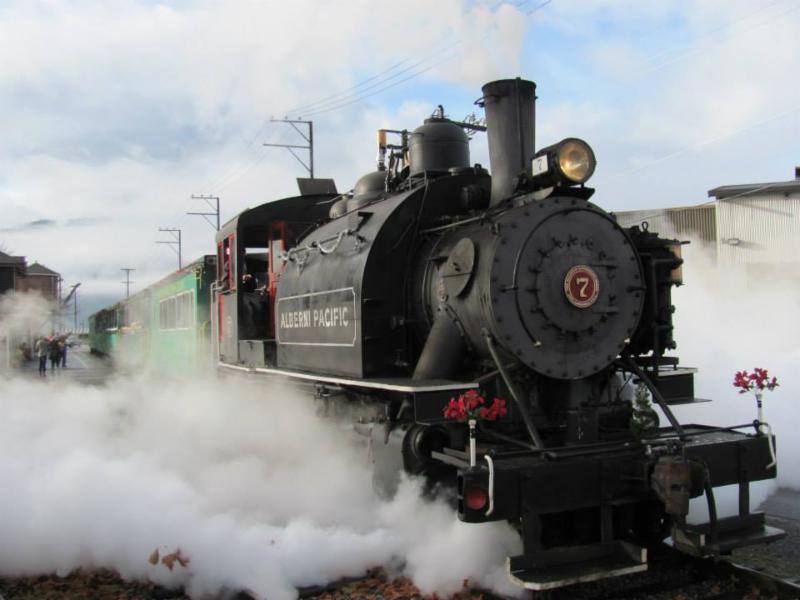 Parksville Station is Home to the Arrowsmith Potters Guild
The Arrowsmith Potters Guild has been in the Parksville Station for 22 years. The Guild has maintained the building but is concerned that other improvements need to be undertaken. Currently they are month to month and would like to have a lease on a term basis. The ICF has agreed to draft a lease for the Guild. 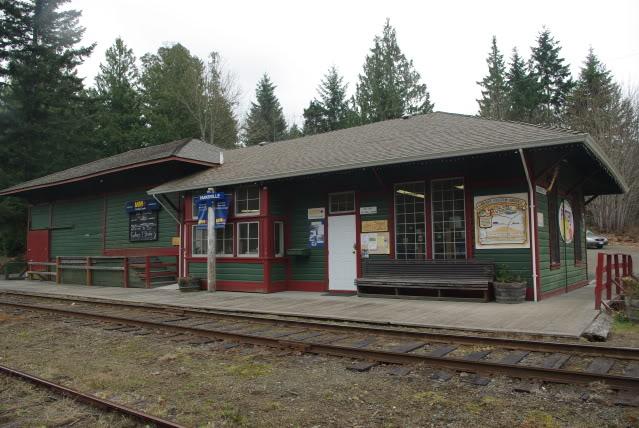 2 thoughts on “Board Meeting Notes January 2017”

The Island Corridor runs through some of the most stunning scenery on Vancouver Island. The area itself offers a perfect blend of city life and rural retreats, superb schools, colleges and universities, affordable living, and fantastic recreational opportunities.

We truly feel that there could be no better place to live, work, learn or play.

Join the Friends of the Corridor Newsletter