Provincial Infrastructure Review – Funding confirmed
The provincial government completed its review of the track infrastructure upgrade plan and confirmed its funding of $7.5m. The extensive review and provincial confirmation is part of the final sign off process for the federal government and its $7.5m contribution. Infrastructure Canada hopes to be able to provide their Agreement in Principle by the end of August which will culminate with a federal treasury board submission in the fall.
Courtenay Train Station – National Heritage Submission
A plan for the rehabilitation of the Courtenay Heritage Train Station has been submitted by Tectonica Management to Heritage Canada for review. The restoration of the station is being undertaken in phases with Courtenay Rotary. Phase I saw a new roof and upper siding put on. Phase II is more extensive with the exterior and windows and a full verandah to be completed.
Last Spike Stone Cairn – Community Heritage Register
On June 30th 2015 the Cowichan Valley Regional District formally accepted the Last Spike Stone Cairn into their Community Heritage Register.

Sir John A MacDonald ceremoniously placed the last spike. He used a silver hammer and pounded a gold spike. A cairn was built at the site to commemorate the event.  In 1986, the 100th anniversary of the E & N was celebrated with a second plaque.
Level Road Crossing Policy
The E&N railroad has a very high number of crossings per mile. Level road crossings are costly to install and maintain and greatly affect the speed and safety requirements for train travel. The ICF is discouraging new level road crossings of the track. Applicants will have to provide a comprehensive set of documents to justify their need for a crossing before board consideration. Two of the requirements will be to identify a crossing that will be closed and regional traffic plans that support a new crossing.
NARCOAA Speeder Tours – APR
Members of the Alberni Pacific Railway are exploring the possibility of forming a Chapter of the NARCOAA speeder association in an effort to bring more speeder tours to the Alberni sub. The light weight rail cars have travelled the Alberni sub in past years. The hope of the new chapter would be to have several tours per year.
Fire on Port Alberni Subdivision – Closure Notice
A challenging wildfire near Coombs brought out a massive response from fire crews in the area as well as a helicopter from the BC Forest Service.
Firefighters from Dashwood, Errington, Coombs-Hilliers, Qualicum Beach, Bow-Horn Bay and Parksville all responded, with 55 people total battling the blaze that broke out around 4:30pm.
The BC Forest service also arrived with several crew members and a helicopter to bucket the fire.
Crews had trouble accessing the area because it was off the railway tracks in difficult terrain and they had to truck water in. Fortunately the large response helped get the fire contained before it could do any major damage. Part of the Coombs Country Campground was evacuated as a precaution. There is no word on what exactly caused this fire, but fire officials are once again urging people to stay out of the back country.
The ICF sincerely Thanks the fire crews and volunteers for their amazing hard work and their quick response to this fire. 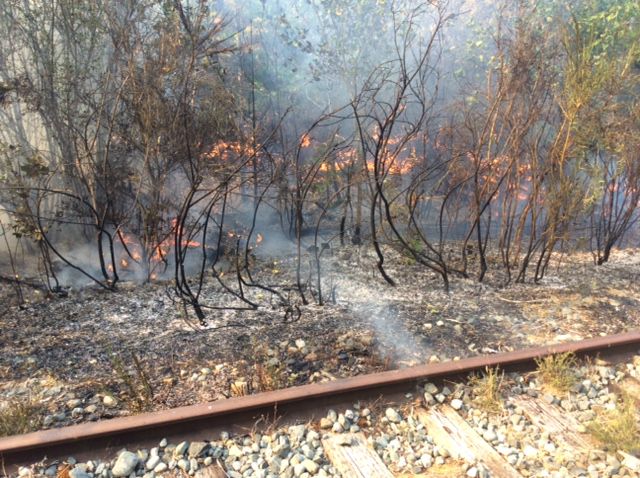 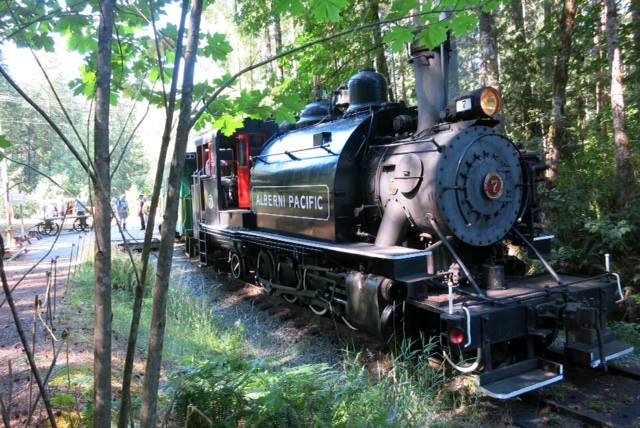 First Nations Liaison The third annual Malahalt Nation Champions Gala is being hosted this year at the Delta Victoria Ocean Pointe Report on October 16th 2015. This black tie event raised over $110,000 last year to implement social programmes which have since enhanced the lives of all members in the community. To join this amazing event please purchase tickets on their website
Land Management
Lease renewal approved for a smaller area for Harris Auto Group in Nanaimo
Trailways Nanaimo Regional Rail Trail hosted an open house with the City of Nanaimo to review the Downtown South Alignment Study. Over 100 people spent the afternoon reviewing and giving input on the route options . The study will identify potential routing options for the downtown segment, both on- and off-corridor. From these options – using public and stakeholder input and technical analysis – a preferred route that balances safety, economy and quality of experience will be recommended. Preliminary phasing and budgeting information will be developed and an implementation approach will be created to identify steps to establish the trail link. 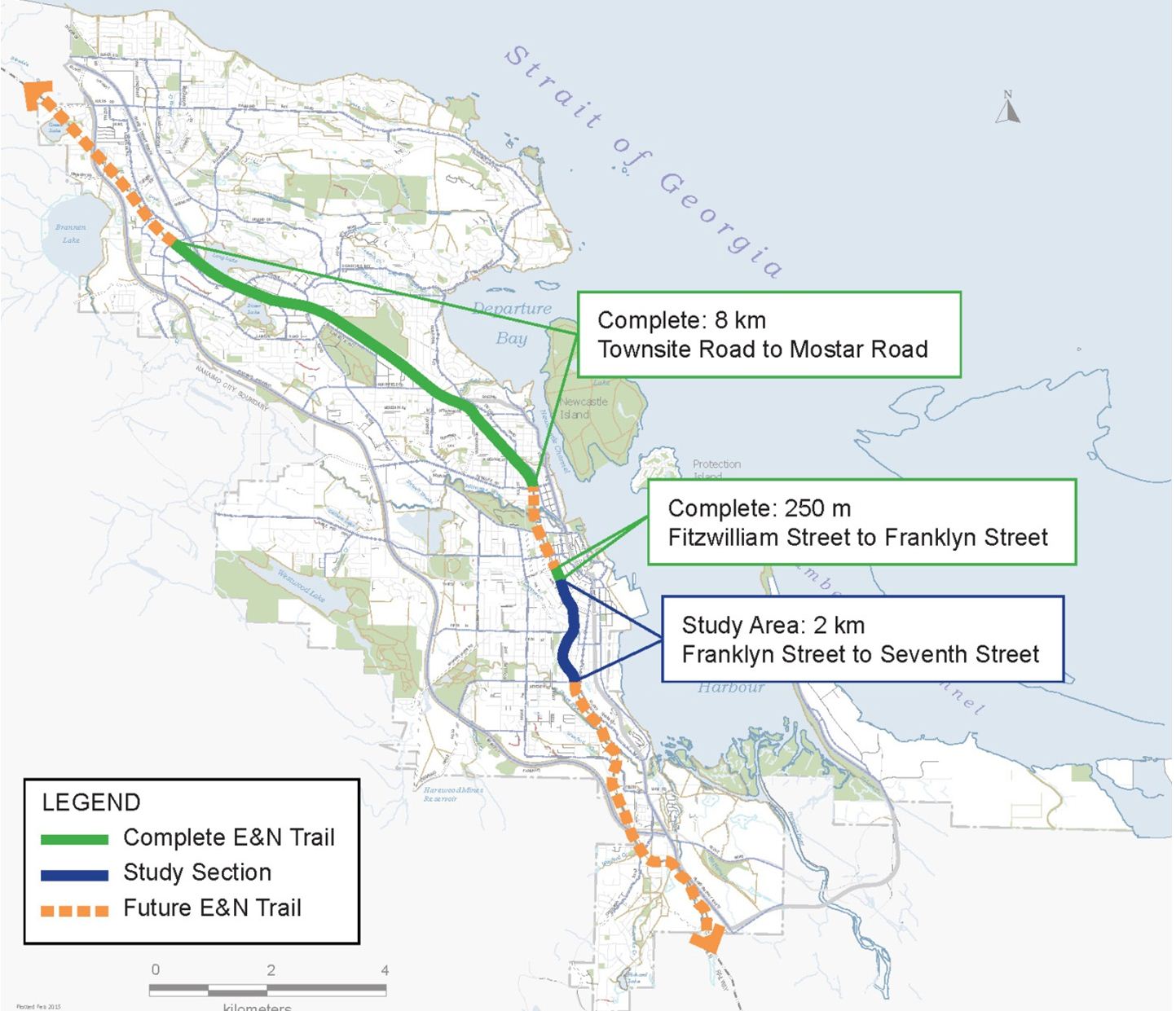 One thought on “July Board Meeting Notes”

The Island Corridor runs through some of the most stunning scenery on Vancouver Island. The area itself offers a perfect blend of city life and rural retreats, superb schools, colleges and universities, affordable living, and fantastic recreational opportunities.

We truly feel that there could be no better place to live, work, learn or play.

Join the Friends of the Corridor Newsletter